We all used to discuss the regular risks associated with mutual fund investment. But recently due to one company’s stock and debenture, the mutual fund industry experienced few unknown Mutual Fund risks. Let us see what they are and how to be careful. 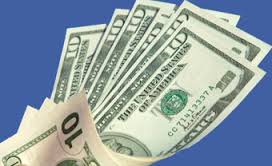 When we say Mutual Fund investment, we always used to hear that it is a liquid asset. But what if because of such situations you are not able to liquidate your holdings? JP Morgan Mutual Fund restricted the redemption from each of the two schemes to 1% of the total number of units outstanding on any business day. It is as if the situation where banks restrict money withdrawal from an ATM during a banking crisis. According to rule, for any mutual fund company to take such decisions, the board of directors and trustee of a company must agree to it. Also, it must inform to SEBI for such action. But I feel there is no such process followed. Once there is an approval from all these three (board of directors, Trustee and SEBI), then only mutual fund company can impose such rule. In this case, no such rules followed. Is it to protect investors money or collapse of their own fund? 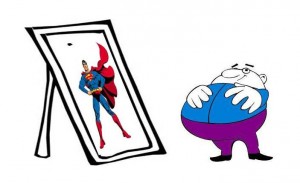 It sounds strange to you, but if you go with this news item of Times Of India, it allowed 3 large companies to exit from the schemes but not allowed for other 5 biggest companies. So the mutual fund company biased towards few companies to liquidate and come out of troubled funds. But what about the retail investors? Will they get such special treatments?

Dynamic nature of Credit Rating Risk-See the ratings of the debenture when it was launched to the current status. CARE rated it an AA- (double A negative). CRISIL AA (+ve or -ve) means “Instruments with this rating are considered to have high degree of safety regarding timely servicing of financial obligations. Such instruments carry very low credit risk.” But now rating agency suspended it’s rating. So what retail investors can learn? Never be in the wrong belief that ratings remain constant. They are dynamic in nature and risk is always there.

Look at these two funds. One is short term fund and another is ultra short term debt fund. We invest in such funds to avoid any volatility. We consider them as safe funds due to their holding nature of high-rated securities. In such a situation, why the Fund Manager hold Amtek Auto? Doesn’t he know the finances of the company? Who will bear the cost for his fault? Initially, the fund was invested around 15% in AA rated securities as were mandated. But later it increased the exposure to 30%. This is purely against the mandate provided during the launch of the fund. Usually, fund managers indulge in such track to create good returns against the peers or index. The result is devastating.

We all say with proud that mutual fund is the well-regulated industry. If so, then why SEBI not pushed the alarm button to the JP Morgan Mutual Fund when it increased its holding in low-rated bonds to more than the mandated holding? Now forget about that too, why SEBI not acting when without any such rules, JM Mutual Fund restricted the redemption limit? Also, why SEBI closed its eyes when JP Morgan Mutual Fund allowed redemption only to few big investors but forget retail investors?

What can we learn from this episode?

Check your fund holdings. It is hard for retail investors to understand the debt holdings. But not that much difficult also. If your debt funds holding any such low rated funds, then it is better to switch off. Because you have enough volatility from equity portfolio. Otherwise, if your fund holding such low rated bonds, then selects a fund which is low modified duration fund.