A financial market of a group of securities in which prices are rising or are expected to rise. The term “bull market” is most often used to refer to the stock market, but can be applied to anything that is traded, such as bonds, currencies and commodities.

Bull markets are characterized by optimism, investor confidence and expectations that strong results will continue. It’s difficult to predict consistently when the trends in the market will change. Part of the difficulty is that psychological effects and speculation may sometimes play a large role in the markets. 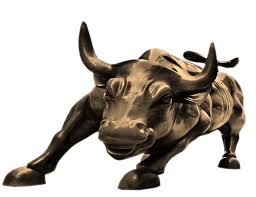 Although the 1930s was a decade of unmitigated hardship, the stock market was punctuated with periods of euphoric rises in the aftermath of the crash of 1929. After the gloomy period of 1929-32, when stocks lost 86 percent of their value, the stock market experienced an incredible five bull markets (increases of 20 percent or more) during the rest of the ’30s. Of course, each of those was interrupted by a bear market (a decline of 20 percent or more). 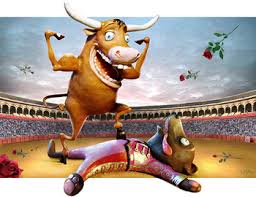 On April 28, 1942, five months after the attack on Harbor, President went on the radio to give his 21st fireside chat. There wasn’t much positive he could say about the war. The Soviets had counterattacked Germany’s eastern offensive, but Russian victory looked far from certain. In Asia, the Allies had lost most of the Philippines, Singapore, Malaysia, and the Japanese were driving into Burma. The president called on the American people to exercise self-denial even as he warned of more government spending and higher taxes. The S&P that day sank to 7.47 – lower than its nadir in 1935.

But the gloom began to lift almost immediately. Within a week the battle of Coral Sea demonstrated that the Japanese navy was not unstoppable. The battle of Midway a month later turned the tide decidedly toward the Americans in the Pacific. By late August, the battle of Stalingrad was under way and would prove a decisive defeat for Germany. The US stock market climbed through the rest of the war, peaking in 1946 at more than double the value it had in April 1942. 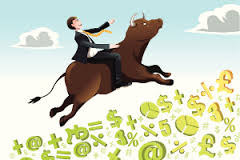 In 1982, the US economy was gripped by the second of back-to-back recessions. Unemployment hit a post-Depression high of 10.8 percent. One in four adults was unemployed in Rockford, Reserve Paul pushed the prime interest rate to 21.5 percent in his effort to lick stubborn inflation. Savings and loan institutions began to falter as their high-risk loans turned sour.

On Aug. 12, the S&P 500 dipped to 102.42, setting the stage for the third-biggest bull market in stocks since 1929. Inflation and unemployment fell. In 1984, President Reagan would cruise to reelection with an ad telling voters “It’s morning again in America.” By 1987, the stock market had tripled. Shareholders who were able to see beyond the gloom of the early 1980s reaped a huge return. 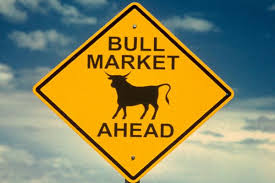 With the Cold War in full swing, Americans didn’t have much to celebrate in June 1949. The Chinese Communists were routing the Nationalists and would found the People’s Republic of China by the end of the year. The Allies had successfully overcome the Soviet blockade of  Berlin with a massive airlift of goods to the encircled city, but the Soviets would test their first atomic bomb within two months, dramatically altering the balance of power. At home, an increasingly unpopular President Truman saw most of his Fair Deal proposals defeated in Congress.

The S&P sank to 13.55 and then began an improbable climb. Despite the stalemate of the Korean War and continuing fears of Communist infiltration at home, the US economy prospered under President Eisenhower and the S&P finally topped its 1929 peak, more than tripling in value in seven years. 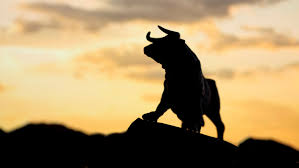 The biggest bull market of the past eight decades – and the longest – began soon after a huge market scare. On Oct. 19, 1987, which would become known as “Black Monday,” the S&P fell a whopping 20 percent. There were concerns about federal tax policy and interest rate hikes at the time, but nothing prepared investors for a one-day fall of that magnitude. The market rose and fell inconclusively over the next month and a half and then began a relentless rise that would last more than 12 years without a 20 percent correction. Stocks rose as interest rates fell and the economy grew. Near the end of the 1990s, the market roared ahead on enthusiasm about new Internet companies. By the time the market peaked in early 2000, the value of stocks had increased nearly seven-fold.